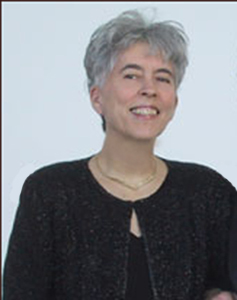 Jump down to: Award Recipients | Apply for the Award

Hide
Dorothy "Dottie" LaLonde Stout was raised in Ohio and earned both her baccalaureate and masters degrees at Bowling Green State University. "The Flatlands of Ohio provided a great place to grow up because it created an incredible desire to 'see the world'. I graduated with degrees in geology and history. Coming west, where there were mountains, was an epiphany! Geology began to make a lot more sense since the examination of flat terrain took a lot of imagination. My subject area was paleontology. My Master's Thesis was a study of the epifauna (the critters that grow on other critters - like coral attached to clams) that grew on Silurian marine organisms preserved in Sylvania Quarry near Bowling Green. Sounds obscure but it taught me a lot about the Earth."

Dottie moved west and after starting a family continued her education at the Claremont Graduate School where she earned her doctoral degree. "My dissertation was a labor of love later in life after raising three daughters. I went back to school with an idea - examining the people, resources and events that molded our understanding of the geology of California. An interest in oral history allowed me to connect with some of the "living giants" who could relate some of their own experiences in molding that history. These people have included Thomas Dibblee, Mason Hill, A.O. Woodford, Rollin Eckis, Robert Sharp and others."

Dottie skillfully balanced her role as mother and educator as she began her career as a geoscience educator. "I started teaching at Cypress College in 1974 when my youngest of three daughters went into first grade. I had been a 'freeway flyer' since 1967 teaching at El Camino College, Long Beach City College and California State University, Fullerton. This job allowed me to do my 'most important job' which was mothering. Teaching at Cypress allowed me to get my daughters off to school in the morning and I could in turn be home before they returned."

For more than a quarter of a century Dottie shared her passion for the geosciences with her students at Cypress College. Dottie shared her sense of adventure and enthusiasm for exploration and encouraging others to explore with her by organizing and leading field trips to geologically important locations throughout California and the world. She was recognized as the Orange County Community College Teacher of the Year in 1996.

Dottie's enthusiasm and boundless energy led her to continually add to her activities and share her talents with even more individuals. Dottie became the first woman president of the National Association of Geoscience Teachers in 1990 and worked on many geoscience education initiatives with National Science Foundation funding to improve the delivery of geoscience education.

She received special recognition for her service to NAGT in November of 2000 and was honored as the recipient of the American Geophysical Union's Excellence in Education Award in May of 2001. In her acceptance of the award she once again encouraged researchers to reach out and make their discoveries understandable to the general public.

"The advances made by geoscientists in our understanding of the Earth is mind-boggling, even to those well versed in science and technology. While research is critically important, it is also critical to transfer our wealth of knowledge beyond the immediate research community. To accomplish this, we need to involve scientists in the process of translating their research in an understandable way to students, teachers, and the general public-where its effects can ripple throughout our society. It has been my own personal passion to beat the drum (and maybe even bang some heads!) to encourage more scientists to become aware of their obligation and responsibility in education at multiple levels. This does not mean that researchers must become expert educators. But it does mean fostering collaborations between researchers and educators in order to get the point across. These relationships are not just incredibly rewarding, they are integral."

"I hope that all of you can share in my own dream of spreading the joys of geoscience to all."

Dottie Stout was the first female president of NAGT and was active as a strong supporter of Earth science education at all levels. In honor of Dottie's outstanding work and lifelong dedication to Earth science education, NAGT gives these awards to faculty and students at two-year colleges and K-12 teachers in support of the following:

Awards of $750 will be made annually in three categories: Community College Faculty, Community College Student, and K-12 Educator. Award winners will also be given a one-year membership to the National Association of Geoscience Teachers, which includes an online subscription to the Journal of Geoscience Education and the In The Trenches magazine.

Interested applicants are asked to submit a 1-2 page proposal describing how the award will be used to support their professional growth in, or classroom teaching of Earth science. Please include your name, address, telephone number, and email address along with your proposal.

You may submit your materials via our online form or send them to:

Applications must be received by April 15th.

If you wish to contribute to the fund supporting these awards, please contact the Executive Director's office.