DAWN M KOPACZ is a visiting assistant professor in the Atmospheric Sciences Department at Lyndon State College in Lyndonville, Vermont

An often difficult concept for students beginning their journey in atmospheric sciences is understanding how light interacts with Earth's atmosphere to create phenomena such as red sunsets, rainbows and mirages. This semistructured lab activity requires students to use their prior knowledge of the refractive indices of various substances, reflection, refraction, and scattering to demonstrate an atmospheric optics phenomenon using provided materials. Upon completion, groups are asked to summarize their experiment in a short presentation for their peers.

At the beginning of the session, the class should be divided into groups. Each group should be given a set of materials that will allow them to model an atmospheric optics phenomenon, but not told which phenomenon to demonstrate. At this point during the activity the instructor's role is to observe the group discussions. If a particular group is struggling with what to do, the instructor should ask questions that promote discovery rather than give directions. For example, one group of students was supplied with two beakers of water, salt, a pipette, a glass tank and a labeled bottle. They determined that they could add the salt to one of the beakers of water to increase the index of refraction. The refractive index is the speed of the light in a vacuum divided by the speed of light speed of light in a different medium. Therefore, as the refractive index of a substance increases, the speed of the light wave decreases. When light travels at an angle into a medium with a different refractive index, this change in speed causes the light wave to change direction (refraction).

While the students will likely discover that the two fluids can be used to show refraction of light, you may need to ask them which atmospheric phenomenon they can demonstrate using their supplies. Their prior knowledge should tell them that mirages are a result of light passing through layers of Earth's atmosphere that have different refractive indices (as determine by the layer temperatures). A mirage occurs when an object appears to be displaced from its true position. An inferior mirage occurs when an image of the object appears below the object itself, and a mirage is deemed superior if the apparent image is located above the actual object. In Earth's atmosphere this occurs when there is cold air at the ground with warmer air above it, but the phenomenon can be modeled in a lab experiment by using fluids with differing indices of refraction (Lopez- Arias, et al., 2009; Vollmer and Tammer, 1998).

If they have not yet found a use for the labeled bottle, this would be the time to ask them to determine its purpose. Students should observe the labeled bottle behind the tank before the salt solution is added to the tank (see Figure 1). As the salt solution is added to the bottom of the tank, students will notice that the object appears to stretch and shorten as the index of refraction changes at the boundary between the two layers. If this boundary layer coincides with the label on the bottle, they may notice that an image of the label appears above the actual label (see Figure 2) and that image may be inverted (superior mirage; see Figure 3). They may also notice multiple mirages (both inferior and superior) as the fluids mix to create layers of alternating refractive indices. It may take several minutes to determine the optimal viewing conditions. Students may want to try changing their viewing angle and/ or distance from the tank or repositioning the object behind the tank.

The students were very engaged during the activity which was evident from their enthusiasm and eagerness to perform the experiment. They even took out their cell phones to record the experiment, and later shared the videos and pictures during their presentation. Throughout this experiential learning activity, you will hopefully find your students actively engaged in the learning process, building their teamwork and leadership skills, and deepening their understanding of course concepts. 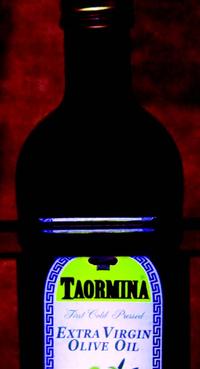 Hide
Figure 1: Bottle label as viewed through tank filled with fresh water. The bottle is positioned slightly lower than the tank and the label is illuminated from below with a small flashlight. 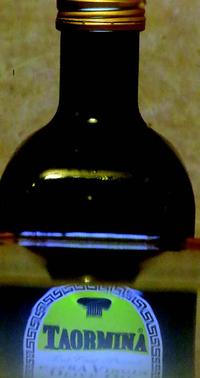 Hide
Figure 2: Bottle label as viewed through boundary between fresh and salt water layers. Notice that the white portion of the label shifts upward and cuts off the bottom parts of the letters M, I and N. This demonstrates a superior mirage. 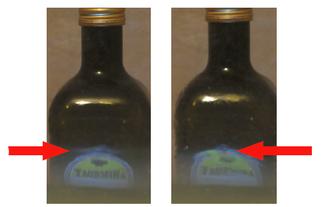 Hide
Figures 3A and 3B: Bottle label as viewed through boundary between fresh and salt water layers. Initially the superior mirage appears as blue above the actual label (left). Within seconds, an inverted image of the actual label is noted.