The Geoscience Education Research (GER) community is committed to the promotion of high quality, scholarly research in geoscience education. New research methodologies and programs of research propel GER forward and have widespread impacts to the teaching and learning of the geosciences. To honor non-GER colleagues (e.g. geophysicists, educational psychologists, education researchers, etc.) who infused the GER community with new approaches to GER, the NAGT GER Division recognizes an individual with the GER Collaboration Award.

The spirit of this award is to recognize the contribution of non-GER collaborators and acknowledge that the effort of interdisciplinary or transdisciplinary research requires a commitment that is not always recognized within one's home discipline or institution. Contributions may include, but are not limited to, engaging in original research or fruitful collaborations that apply new methodologies and/or theoretical frameworks to GER, creating expanded opportunities to publish GER literature beyond the geosciences, present GER research at conferences not typically attended by the GER community, and/or building capacity within the GER community.

The Collaboration Awardee will receive a complimentary one-year membership to NAGT and the GER Division, and a ticket to the NAGT luncheon at GSA. Awardees will be profiled in the division's newsletter. To be eligible for this award, a person must not identify as a geoscience education researcher. It is at the discretion of the award committee to determine if the candidate fits the spirit of this award as we acknowledge that GER colleagues may have a variety of roles (e.g. geology faculty, college of education faculty, psychologists, faculty development specialists). Nominations for this award will be accepted through an online form. Awardees will be selected each year by a committee composed of the NAGT-GER Division Past President and Vice President, and 2 division members. Nominations for these awards will be kept under consideration for 3 years in the event that multiple people are nominated. 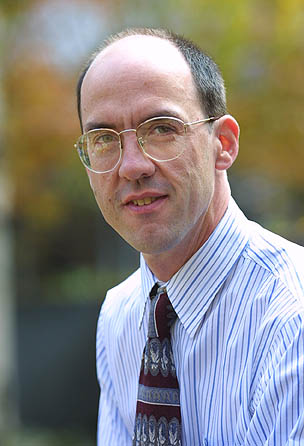 Provenance: Katherine Ryker, University of South Carolina-Columbia
Reuse: This item is offered under a Creative Commons Attribution-NonCommercial-ShareAlike license http://creativecommons.org/licenses/by-nc-sa/3.0/ You may reuse this item for non-commercial purposes as long as you provide attribution and offer any derivative works under a similar license.
Read more about Dr. Shipley's contributions to the GER community.
Show More
Show Less
Thomas (Tim) F. Shipley is the 2018 NAGT-GER Division Collaboration Awardee. Tim is a cognitive psychologist at Temple University who studies spatial cognition and learning. As a core investigator on the NSF-funded Spatial Intelligence and Learning Center (SILC), Tim led the effort to investigate the intriguing spatial thinking challenges associated with the geosciences. In the decade since SILC was first funded, Tim's work is an example of true transdisciplinary research. As one nomination letter describes, "rather than stay in the comfortable confines of his own discipline, he pushed into the unknown territory of interdisciplinary/transdisciplinary research. Effectively, he trained himself as a geologist in order to understand the problems in cognitive science that the geologists were facing."

Tim has collaborated with and mentored several geoscientists and GER researchers, yielding numerous publications in geoscience-related venues (e.g. Journal of Geoscience Education (9 publications!), Aeolian Research, Nature: Climate Change, Journal of Astronomy and Earth Science Education, Journal of Structural Geology) and highly-regarded psychology journals. This demonstrates to the psychology community the complexity of discipline-based tasks, and raises the value of geoscience education research (GER). Tim's colleagues describe the qualities that make Tim an ideal collaborator. "Tim creates an environment where one is open to say anything", "he gives so generously of his knowledge", and "we co-create knowledge together, knowledge that neither of us could create on our own." "He is always genuinely interested to hear and listen to ideas and concerns. I think this is also why his publications are easily understood in both the psychology and geology domains." The consequence of Tim's collaborations is a shift in how geoscientists and GERs view the discipline. "Dr. Shipley has fundamentally changed the way I think about the world, which includes how I do geoscience research."

Nominations for both awards will be accepted through the online nomination forms and have the same requirements.

Letters of support should include: