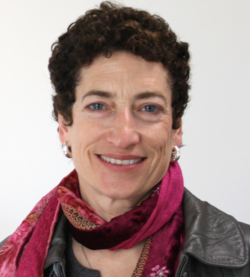 The Shea Award is presented annually for exceptional contributions in the form of writing and/or editing of Earth science materials that are of interest to the general public and teachers of Earth science.

The contributions of Naomi Oreskes, professor of history and science studies at the University of California San Diego, are indeed exceptional. Among her many outstanding papers and books are Verification, Validation, and Confirmation of Numerical Models in the Earth Sciences (1994), Objectivity or Heroism: On the Invisibility of Women in Science (1996), and The Rejection of Continental Drift: Theory and Method in American Earth Science (1999). She also edited the highly acclaimed Plate Tectonics: An Insider's History of the Modern Theory of the Earth (2003).

In her 2004 paper, Beyond the Ivory Tower: The Scientific Consensus on Climate Change, she confirmed the strong scientific consensus on anthropogenic global warming. In Merchants of Doubt: How a Handful of Scientists Obscured the Truth on Issues from Tobacco Smoke to Global Warming (with Erik Conway, 2010), she has, with keen analytical insight and a rare gift for lucid explanation, exposed a widespread agenda-driven misrepresentation of science, contributing prodigiously to geoscience education. 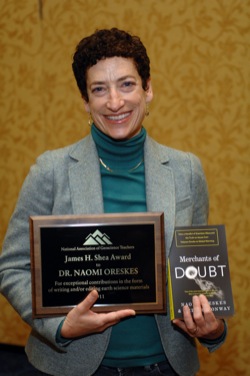 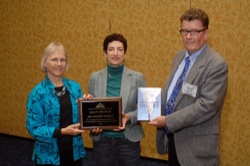 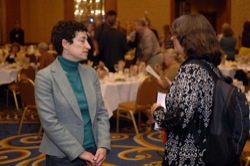