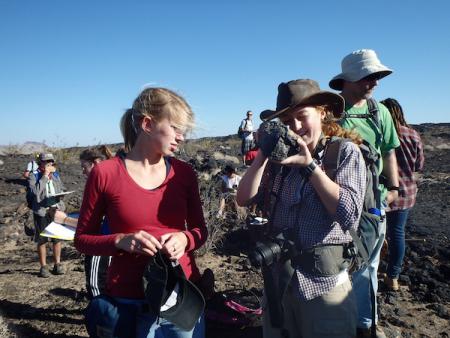 NAGT recognizes outstanding teaching assistants in geoscience education with up to 30 awards annually. Both undergraduate and graduate teaching assistants are eligible for the award. Award winners receive a one year membership in NAGT, which includes an online subscription to the Journal of Geoscience Education and our In The Trenches quarterly magazine. The yearly membership starts January 1st of the upcoming year. The undergraduate student awards are the gift of Thomas Hendrix, Grand Valley State University. Tom was the recipient of the 1994 Neil Miner award and he also served as President of NAGT as editor of the Journal of Geoscience Education. The graduate student awards are funded by NAGT.

Nominations must be submitted by the department chair or faculty member coordinating teaching assistants. A nominating letter should include:

Nomination letters may be submitted by using our online nomination form or by sending them to our office:

Questions can be directed to Monica Bruckner.