In conjunction with NAGT's Scholarships for Field Study, the Association for Women Geoscientists (AWG) sponsors two additional scholarships specifically for women studying in the geosciences. 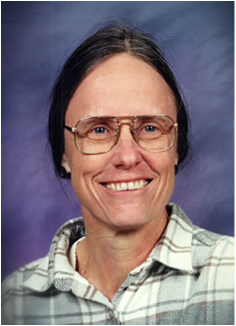 Maria Luisa (Weecha) Crawford attended Bryn Mawr College in Pennsylvania and took geology for her science requirement because it sounded interesting and different. She decided to major in geology in large part due to the interest that a professor and teaching assistant took in her and their encouragement to major in geology. She was having fun doing geology and decided to follow their advice. She particularly enjoyed mineralogy and did a senior project on some metamorphic rocks near the college. She liked being able to combine geology with chemistry. These factors resulted in her selecting a graduate school where she could study metamorphic petrology, which remains her primary specialty. After college she spent a year on a Fulbright Fellowship in Norway. She worked in a museum, helping with mineralogical studies, and took several geology courses at the University of Oslo. It was also a good respite after four years of college to have a year "off" to do something different before starting graduate school. Weecha chose to go to California for graduate school because she had spent her high school and college years on the East Coast. That was a good decision as geologists benefit from seeing different parts of the world. She was married while in graduate school to a fellow geologist. After earning their Ph.D. degrees they both got jobs on the faculty at Bryn Mawr College and remained there until they retired.

As a professor of geology she spent most of her time teaching and working with students. She also worked on research projects studying the origin of the mountain belt that lies along the west coast from northern Washington to Alaska. She found this research exciting and interesting because it involved going to a somewhat remote and very beautiful area and trying to discover what gave rise to the mountains that lie along the coast today. Many aspects of geology are much like solving a puzzle. For her, the first step is to go into the field and try to find the pieces of the puzzle, especially the important ones. It takes a variety of kinds of geological expertise to recognize and know how to use them all. A field project provides a chance to work with others to solve a common problem as well as an opportunity to learn a variety of different approaches. Field work is also a good way to get students involved in the excitement of discovering something new, which is what most science is about. After the field work she would bring samples back to the laboratory for more detailed study using tools that range from microscopes to equipment that can give very detailed chemical information.

She has always found it best to aim for what she wanted, but to be ready to change course if necessary. Some people find out which way they are headed early in their lives, others don't hit the right thing until much later, even after college and years at work. In college, she found she really enjoyed geology. For her, the combination of science, outdoor adventure, the chance to travel, and the joy of working with others made a career of teaching geology a perfect choice.