Tablets in the Field 2019: New Tools and Techniques for Student-created Virtual Field Environments 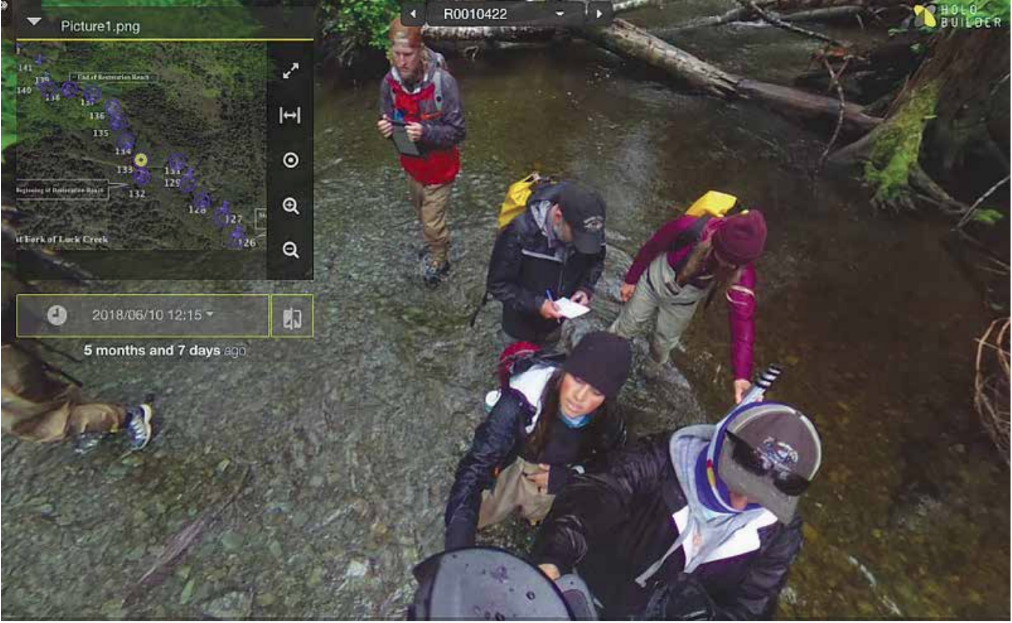 This article is a follow-up to a piece I wrote in 2013 about tools and strategies for student-created virtual field environments or VFEs (Granshaw, 2013). A VFE is a simple virtual reality environment based on real field sites that provides students experience with inaccessible places and that can help them prepare for and / or review actual fieldwork. With the proper tools, having students build a VFE can be a compelling activity that teaches a wide variety of field skills in some unique and holistic ways. Key developments since 2013 make revisiting the question of student-constructed VFEs particularly timely. Chief among these are the following...

Virtual Reality (VR) has become increasing familiar to the general populace through technology like Google Street View and the development of less expensive, more sophisticated VR headsets and games. Less familiar, but no less important, is the increasing popularity of VR technology in education. During COP23, the UN climate conference in Bonn, Germany, the United Nations Educational, Scientific and Cultural Organization (UNESCO) and other agencies demonstrated VR experiences that give policymakers, students, and the general public an immersive look at conditions in refugee camps, Pacific Islands impacted by sea level rise, and major energy projects. In addition, geoscience educators have developed extensive curricula using tools like Google Street View to provide students with virtual experiences of hard-to-reach outcrops and other sites of scientific interest (e.g., Anbar and Bruce, 2018; De Poar and Dordevic, 2014).

The tools used to construct VFEs have changed significantly in the past half-decade, allowing students to focus on field science rather than digital media creation. What makes these tools effective is that they allow students to build the VFEs on the spot using a panoramic camera and phones or tablets.

One such tool is Holobuilder (https://www.holobuilder.com/), a VR tour builder for the construction industry and real estate. It consists of a set of tablet- and web-based applications to document progress at construction sites. When they use it in conjunction with one of the many panoramic cameras now available in the consumer market, construction crews can quickly and easily create VR walk-throughs of job sites at key stages of a project. Three principle advantages of this tool that make it well-suited for student creation of VFEs are (1) that users can assemble VR environments with a minimum of training, (2) they can create time-lapse views of particular points in the tour, and (3) the tools are set up for the sort of collaboration that is possible with a Google Doc.

Another tool is Google's Tour Creator (https://vr.google.com/tourcreator/), which like Holobuilder weaves panoramic photography into VR environments. As such, one of its key advantages is its simplicity. This is also one of its limitations since it trades functionality for ease of use. That said, Tour Creator enables users to annotate scenes and allows for easy collaboration like many Google products. 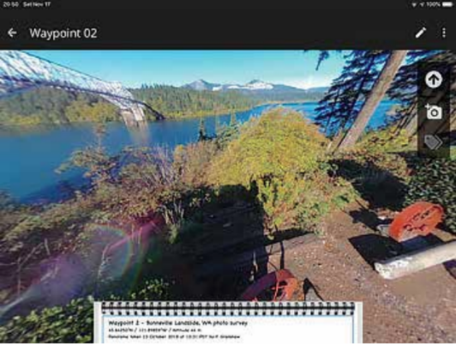 ×
Screenshots from Job Walk, the tablet / phone-based component of the Holobuilder site. Additional panoramas can be added to the tour by touching ay place on the tour map (left frame); this triggers the panoramic camera used by the field crew. 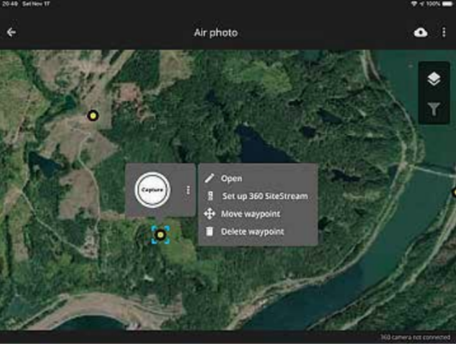 ×
"Feature of interest" insets can be added to each panorama (right frame) by touching anywhere on the panorama. This triggers the tablet or phone camera, giving the user the opportunity to walk up to and take a more close-up image of the feature of interest. (Image credits: Frank D. Granshaw)

The final piece in the student-built VFE puzzle is how students have been engaged in VR environment creation, specifically the types of VFEs they build and the degree to which the product is student-created rather than instructor-assembled.

The experience several colleagues and I have had in using VFEs with students has involved documenting environmentally sensitive, remote, or innovative field / urban environments with panoramas, written field notes, and images of features of interest at various scales. Some of these projects include:

Student engagement in the construction of the VFEs evolved with each subsequent project as technology advanced. In early projects, student teams were assigned points on the trail to photograph and write field notes about a feature of interest, such as a fossil-bearing rock in lying on a stream bed. These were linked to the panoramas in the VFEs, but the collection and assembly of the panoramas as well as the assembly of the environments was left to the instructor, commonly a very time-consuming process. This instructor time was reduced with the increasing availability and simplicity of panoramic cameras. For the Eliot Glacier VFE, student teams were issued Ricoh Theta panoramic cameras, shown how to use their cell phones to operate the cameras, and given instructions on how to take close-up images of features of interest visible from each panorama. The teams were able to create a tour containing over fifty viewpoints spanning nearly 60% of the glacier. However, the final assembly of the environment was again left to the instructor, a particularly lengthy task given the large number of viewpoints.

The southeast Alaska salmon stream VFE and other test projects were attempts to address this problem in that they involved creating VFEs almost entirely in the field using Holobuilder (see page 6). In these trials the panoramic and "feature of interest" photography as well as much of the tour assembly was done on site using tablets or phones and panoramic cameras. While these tours lacked certain key components, they did contain navigation maps and "feature of interest" insets linked to each panorama. These data, when coupled with existing historical images and information, provide new opportunities for long-term ecological monitoring and enhance efforts to assess efficacy of in-stream restoration projects.

Although there are still a number of hurdles to making student-driven VFE creation a truly effective field education tool, advances in the technology and the increasing variety of student projects make its further development an exceptionally promising venture. To see some of the student projects and other projects mentioned in this article, visit Resources for Student-created Virtual Field Environments http://vfeprojects.research.pdx.edu/VFE_Resources.