Erik Klemetti has been awarded the 2022 James Shea Award by the National Association of Geoscience Teachers. 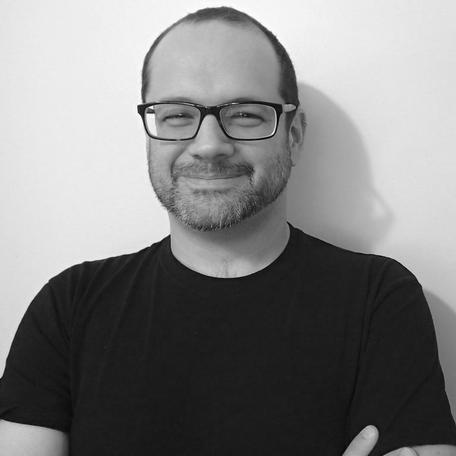 Provenance: Erik Klemetti
Reuse: This item is offered under a Creative Commons Attribution-NonCommercial-ShareAlike license http://creativecommons.org/licenses/by-nc-sa/3.0/ You may reuse this item for non-commercial purposes as long as you provide attribution and offer any derivative works under a similar license.
By day, Dr. Erik Klemetti is an assistant professor of Geosciences at Denison University, where he teaches hard rock fundamentals to students l and researches magmatic processes and the source of crystals found in the magma of volcanoes in California and New Zealand. But when class ends and the research day is done, Dr. Klemetti wears another hat, the hat of an expert communicator.

Since 2008, Dr. Klemetti has shared his knowledge online, leveraging the power of the internet to make information available to a broad audience and making great contributions to the online geoscience community. His writing style is conversational and humorous while still retaining the same scientific rigor of a journal publication, while keeping the content accessible for a variety of audiences. His long standing blog (in its various incarnations as Rocky Planet at Discover Magazine and Eruptions at Wired, ScienceBlogs and BigThink) has been a valuable source for current volcanic events, combating natural disaster misinformation, and sharing the science of volcanology and geology. From addressing difficult theories in "What Might have Triggered the 2018 Eruption at Kilauea" to advocating for indigenous geographical names in "Let's Return the Cascade Volcanoes to Their Original Names" and settling the debate about what would happen if you fell in a lava lake in "The Right and Wrong Way to Die When You Fall Into Lava" Dr. Klemetti has given readers thoughtful topics and relevant scientific information. Klemetti has given readers thoughtful topics and relevant scientific information.

In addition to engaging volcano enthusiasts, Erik often tackles tough questions in the volcanology and earth science education communities and advocates for early-career and minority geoscientists, in addition to sharing his struggles and triumphs in geoscience teaching.

Dr. Klemetti's openness, accessible language and intriguing topics engage a wide audience of volcanologists, volcano enthusiasts and ordinary citizens which helps bridge the gap between academics and the general public, dispelling pseudoscientific ideas and spreading scientific understanding beyond the classroom, a service that is greatly needed in the world.