A. Hope Jahren has been awarded the 2020 James Shea Award by the National Association of Geoscience Teachers. 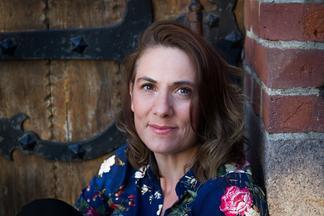 A. Hope Jahren is a Wilson Professor at the University of Oslo, where she leads the CLIPT stable isotope biogeochemistry lab. Her research examines the linkages between modern and ancient organisms and the global environment, with a focus on carbon isotopes in plants and humans. Jahren has been awarded the 2020 James Shea Award by the National Association of Geoscience Teachers (NAGT) in honor of her exceptional contributions in the form of writing and/or editing of Earth science information that is of interest to the general public and/or teachers of Earth science.

Jahren's extraordinary gift as a writer is to humanize science and scientists, while imbuing readers with knowledge of the world around us. In her 2016 best-selling autobiography Lab Girl, Jahren interweaves her personal and professional journey with short chapters revealing the wondrous lives of plants. Jahren shares her adventures in academia and science, struggles with bipolar disorder, and enduring friendship with her lab manager Bill, and she gives us little nuggets of plant biology. In her 2020 book, The Story of More: How We Got to Climate Change and Where to Go from Here, Jahren packs in a multitude of facts about how our world transformed over the past 50 years, but she grounds those facts with stories of her everyday life. In both books, Jaren's writing is incredibly engaging, in turns funny and moving. Readers are left with a keen appreciation of the challenges faced by humans and plants, as individuals and in our ecosystems.

Jahren's research contributions have been recognized through the American Geophysical Union's James B. Macelwane Medal and the Geological Society of America's Donath Medal, as well as her election to the Norwegian Academy of Science and Letters and TIME magazine's 100 Most Influential People list in 2016. Jahren is the author of more than 75 scientific papers. Jahren also served as the editor of the 2017 edition of The Best American Science and Nature Writing anthology.