Dr. David Montgomeryhas been awarded the 2014 James Shea Award by the National Association of Geoscience Teachers. 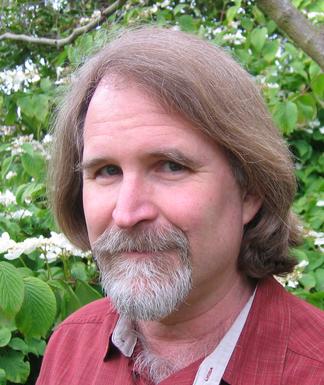 David Montgomery is a professor of geology at the University of Washington and supervisor of UW's Geomorphology Research Group. His research spans topics from Martian crust, earthquake and typhoon-generated landslides to mega-floods and soil erosion. He has been awarded the 2014 James Shea Award by the National Association of Geoscience Teachers (NAGT) in honor of his exceptional contributions in the form of writing and/or editing of Earth science information that is of interest to the general public and/or teachers of Earth science.

David's research articles appear in a wide range of familiar scientific and peer-reviewed journals. In his books, he addresses topics of societal and global Earth science importance in ways that are approachable for lay readers. The award-winning King of Fish: The Thousand Year Run of Salmon eloquently addresses the evolutionary history and present decline of salmon worldwide. In Dirt: The Erosion of Civilizations, he tackles a topic that Earth scientists are well aware of but of which the public has little grasp.

His most recent book, The Rocks Don't Lie: A Geologist Investigates Noah's Flood, addresses the conflicts between science and religion.