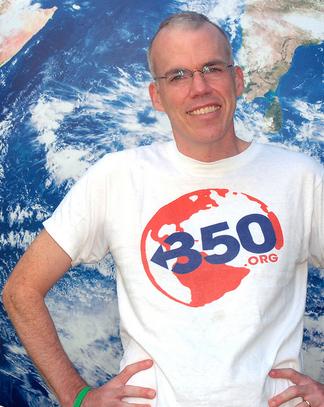 ×
The contributions of William Ernest "Bill" McKibben to the earth sciences as an author, editor, lecturer, advocate, and activist are legendary. His first book, The End of Nature (1989), established him as a highly skilled interpreter of earth systems and the impacts of human activities. In 2010, his landmark bestseller, Earth: Making a Life on a Tough New Planet, brought the reality of human caused climate change and its manifold impacts to a wide audience.

A Schumann Distinguished Scholar at Middlebury College, where he also directs the Middlebury Fellowships in Environmental Journalism, Bill has provided all of us a role model for education in action beyond the classroom and the written word. In 2009, he led the organization of 350.org based upon James Hansen's recommended target for atmospheric carbon dioxide. This produced what Foreign Policy magazine called "the largest ever global coordinated rally of any kind," with 5,200 simultaneous demonstrations in 181 countries.

Bill McKibben is a passionate and highly skilled communicator of the immeasurable value of our magnificent planet and of the responsibility for stewardship that we share. He is one of a few courageous educators who continue to play a leading role in calling the attention of the public to what many consider the overriding environmental challenge of the twenty-first century: anthropogenic climate change.