Dr. Bob Butler has been awarded the 2015 Neil Miner Award by the National Association of Geoscience Teachers. 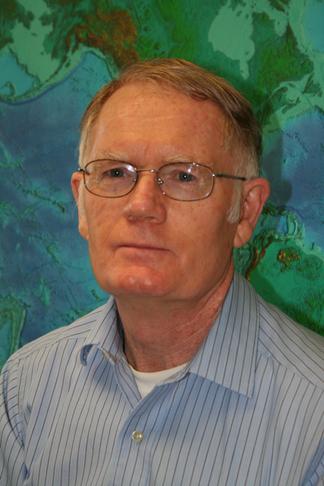 Before joining the faculty at the University of Portland, Bob Butler had an amazing 30-year career at the University of Arizona, where he attained the title of University Distinguished Professor. He was also made a Fellow of the American Geophysical Union in recognition of his research publications and a popular textbook on paleomagnetism.

Sometimes high-achieving researchers shy away from teaching. Not Bob. His students will say without hesitation that Bob is their role model for how to teach. He has a way of making ideas understandable and memorable. At Portland, he has focused on teaching, mentoring many pre-college Earth science teachers through Teachers on the Leading Edge. In association with EarthScope and IRIS, he has developed videos, online programs, teachable moments, and field trips that have brought geoscience to the attention of millions of the general public. Bob's career exemplifies how a scholar can break out of the lab and have an immense impact on building understanding in Earth science worldwide.