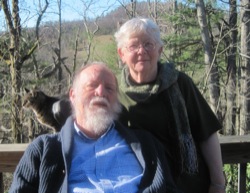 The greatest legacy of Ken and Marge McKinney may be the Geology Teaching Museum at Appalachian State University in Boone, North Carolina. Named for them both, it began as an extension of their classroom curriculum. When Ken retired, alumni and friends raised over $25,000 to establish a permanent space for the dynamic displays, which continue to serve as a focus for Earth science outreach in the area.

Marge McKinney, who remains active in the geoscience community, is well known among high school science teachers in the southeastern U.S. for her Earth science teaching workshops. Her late husband's commitment to geoscience education also extended beyond his 30 years as a professor at Appalachian State. He authored many articles for non-specialists and a book of undergraduate laboratory exercises in paleontology which was largely illustrated by Marge. As chair of the Paleontological Society Education Committee, he also co-edited a popular volume for a GSA workshop, "Learning from the Fossil Record," still available from the Berkeley Museum. 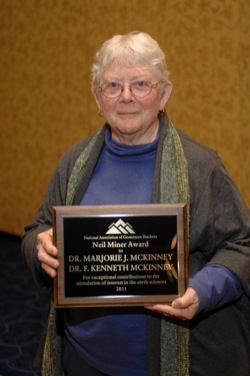 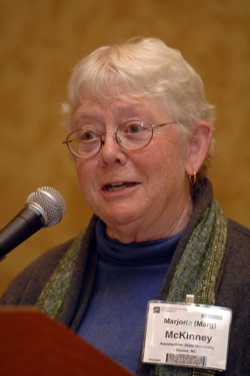