ONLINE EXTRA: A Review of A Hero on Mount St. Helens 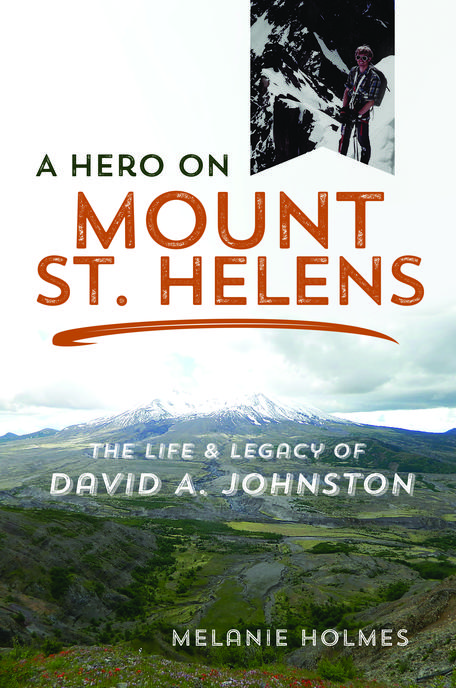 Provenance: Hannah Eglinton, Carleton College
Reuse: This item is offered under a Creative Commons Attribution-NonCommercial-ShareAlike license http://creativecommons.org/licenses/by-nc-sa/3.0/ You may reuse this item for non-commercial purposes as long as you provide attribution and offer any derivative works under a similar license.

In A Hero on Mount St. Helens Melanie Holmes eloquently brings to the forefront the life and legacy of David A. Johnston, a prominent figure in the field of geology. Johnston was an avid runner and loved the outdoors, but he originally took interest in photojournalism rather than earth sciences. It was not until he took an introductory geology course that Johnston realized that geology was the path for him. His college experience led him across the country where Johnston would discover his interest in volcanoes, particularly active ones. Eventually, his research would lead him to work for the United States Geological Survey and place him on Mount St. Helens on the day of its fateful eruption.

One thing that works well for this book is that it is accessible to anyone. While the focus of the book is on the life and work of a geologist, the narrative does not rely on heavy scientific jargon that would turn away someone who does not work in the field. Holmes even uses legends and folklore from different communities to paint the vivid history of Mount St. Helens. Furthermore, Holmes describes the months leading up to the eruption of Mount St. Helens with a scientific and political approach, blending the two into a unique perspective that illustrates the struggles scientists can have when trying to communicate with the public. This method of storytelling is something that would easily appeal to anyone with an interest in the dynamics of planet Earth.

While A Hero on Mount St. Helens is accessible to anyone it does provide an insight into the field of geology that an undergraduate student like me finds honest and refreshing. Holmes does not shy away from recounting the dangers that Johnston faced in the field. She describes one particularly close encounter where Johnston became stranded near an active volcano that was close to an eruption with nothing but a flimsy shelter for protection. In another instance, she describes the danger scientists working in the field face of being stalked and mauled by bears.

However, while she describes the real dangers geologists can face, Holmes also emphasizes the impact geological work can have on communities and of which the general public may not always be aware. One instance of this comes when Johnston worked with the Azores Islands to create a plan for utilizing the geothermal potential of the islands, which now accounts for a significant portion of their energy source.

The end of the book culminates in the day of the eruption (May 18th, 1980), the aftermath, and Johnston's legacy in the field of geology. Overall, A Hero on Mount St. Helens is an opportunity for the public to understand through David A. Johnston's life what a geologist truly does and the passion they hold for not only the field itself, but the communities affected by such geological processes.

This book is both deeply personal and important from a public standpoint. The stories that shape a scientist (in this book, David) are rarely told; they live their lives in obscurity. Equally important are the heroes who walk among us each day; this book pauses at each opportunity to give a nod to a hero, whether it be a Vietnam veteran, someone who worked search & rescue after a deadly tornado, a man who volunteered to mentor other boys because he himself lost his dad at age 8, or a housewife/mother in the 1960s who ran for (and won) a seat on the board of trustees for the new community college. Understanding that heroes walk among us each day is important because it helps young and old alike to see how they themselves are (can be) heroic. We are all striving, doing our best, and that is what matters. That's all anyone can give is their best effort.

Melanie Holmes, author of A Hero on Mt. St. Helens