Letter from the Guest Editor

"I have yet to see any problem, however complicated, which, when you looked at it in the right way, did not become still more complicated." — Poul Anderson

This issue of In the Trenches focuses on the complex set of processes for extracting oil and natural gas known as slickwater horizontal high volume hydraulic fracturing, more commonly known as "fracking." While all the authors recognize that the label "fracking" technically applies to just one part of the set of processes, it is the term in common parlance, and we have opted to maintain consistency and simplify readability by adopting this term across the articles. We do harbor concerns that this simplification may reinforce misconceptions and the term evokes bias, so attention to the choice of language warrants discussion in your teaching.

While fracking is the organizing theme for the issue, the articles tend to give as much attention to the broader energy system as they do to fracking. Knowledge about fracking is important, but if that knowledge is not contextualized within understandings of the broader energy system, that knowledge is only of limited use. Perhaps the most important things to understand about fracking are not really about fracking itself, but rather about the broader energy system. To various degrees, all of the articles attend to the facts that fracking is characterized by complexity and interdisciplinarity; that all large-scale energy development brings substantial negative environmental (and social) impacts; that we need to use the infrastructure we have to make the infrastructure we need; and that the only environmentally harmless energy is the energy we don't use. 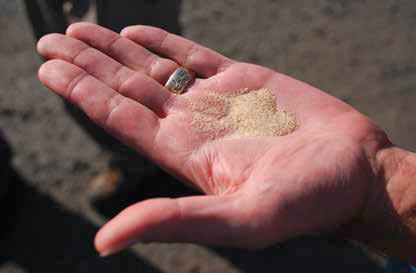 The controversy surrounding fracking makes it a topic of great interest (and great challenges). It also makes fracking an excellent topic to engage students in the study of the broader energy system and of complex systems more generally. Controversial issues are routinely interdisciplinary in nature and the controversial nature of fracking invites connecting ideas from a wide range of disciplines. Each article gives this due attention. Borrowing the term from MIT's Media Lab, I have recently started to use "antidisciplinary," which more directly confronts problems inherent in disciplinary structures (Ito, 2014). While antidisciplinarity isn't directly discussed beyond this introduction, I invite readers to keep it in mind as they read each article and as you approach teaching about fracking in your own classroom.

Note, too, that some articles have online supplements. In addition to the materials directly linked to articles, a small collection of syllabi for courses on fracking is available in the supplemental materials. If you would like to add to that collection, send me your syllabus or links to course web pages at dad55@cornell.edu. — Don Duggan-Haas