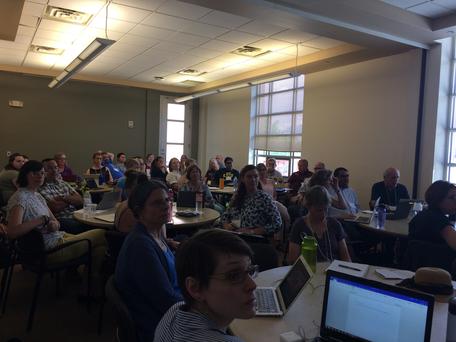 ×
Participants at the Geoscience Education Research Grand Challenges and Strategies Workshop during the 2017 Earth Educators' Rendezvous.

Provenance: John McDaris, Carleton College
Reuse: This item is offered under a Creative Commons Attribution-NonCommercial-ShareAlike license http://creativecommons.org/licenses/by-nc-sa/3.0/ You may reuse this item for non-commercial purposes as long as you provide attribution and offer any derivative works under a similar license.

This project "A Framework for Transformative Geoscience Education Research" is funded by the National Science Foundation through grant DUE-1708228 to Kristen St. John (James Madison University).