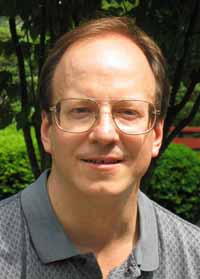 ×
The National Association of Geoscience Teachers and On The Cutting Edge is proud to congratulate Michael Wysession on receiving a 2014 American Geophysical Union Ambassador Award.

The Ambassador Award is given annually to one or up to five honorees in recognition for "outstanding contributions to the following area(s): societal impact, service to the Earth and space community, scientific leadership, and promotion of talent/career pool." Established in 2013, the Ambassador Award will honor members whose achievements extend beyond those recognized by traditional scientific discipline awards. The award furthers AGU's strategic goals to promote collaboration and innovation, inform society about Earth and space science, and build the global talent pool.

Michael Wysession, Associate Professor of Earth and Planetary Sciences at Washington University in St. Louis, is a leading expert on using seismic imaging to determine the structure, composition and dynamics of Earth's mantle. His work with NAGT/On the Cutting Edge includes being a co-PI for On The Cutting Edge and convening several workshops on visualizing geophysical processes for teaching and research. He has also served as an advisory board member for the NAGT Building Strong Geoscience Departments program. Dr. Wysession has been a committed professional development workshop leader and most recently co-convened the Workshop for Early Career Geoscience Faculty in Washington DC.

NAGT/On The Cutting Edge congratulates Dr. Wysession on this well deserved honor. Dr. Wysession will be recognized during the Honors Tribute at the 2014 AGU Fall Meeting, which will take place on Wednesday, 17 December 2014 in San Francisco.