It is time to vote for the next cadre of leaders for Geo2YC: the two-year college division of NAGT. The ballot includes President, Vice President (and President Elect for the following year), Secretary/Treasurer, and Webmaster. Voting begins on May 30 and ends on July 1, 2019. 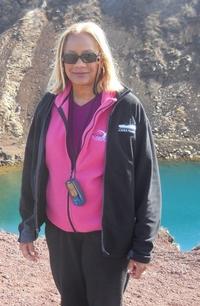 Provenance: Krista Herbstrith, Carleton College
Reuse: This item is offered under a Creative Commons Attribution-NonCommercial-ShareAlike license http://creativecommons.org/licenses/by-nc-sa/3.0/ You may reuse this item for non-commercial purposes as long as you provide attribution and offer any derivative works under a similar license.
Jacquelyn (Jackie) Hams is a Professor and Chair of the Department of Earth Science at Los Angeles Valley College, teaching Physical Geology, Introduction to Oceanography, Environmental Geology, and Planetary Science to many first generation college students. Jackie has a scientific background in environmental and subsurface investigations in terrestrial and marine environments and experience working as an environmental consultant and as a petroleum geologist. Jackie holds a Master's degree in Geology and enjoys sailing and outdoor photography. She has served as a NOAA "Teacher at Sea" and a PolarTREC explorer in the Aleutian Islands, Antarctica, and the Indian Ocean. Jackie served as Secretary/Treasurer on the Geological Society of America Geoscience Education Division Management Board from 2014-2017. 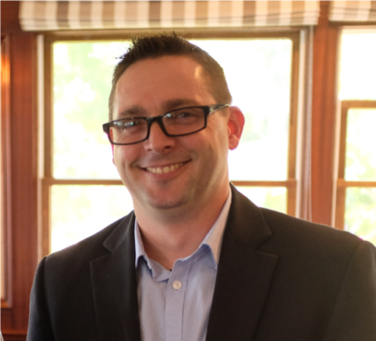 In addition to his work in the classroom, Sean is the PI for the NSF-sponsored Geoscience Educational Opportunities, served as senior personnel on the NSF-ATE: LIGHTES project, and is a change agent on the NSF IUSE: Faculty as Change Agents Transforming Geoscience Education in Two-year Colleges. Currently Sean is serving on the NAGT Professional Development Committee, is a member of the Earth Educator Rendezvous planning committee, and is a facilitator for the Traveling Workshop Program. 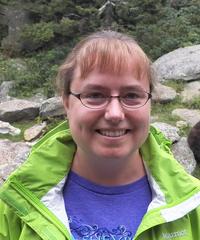 Provenance: Gretchen Miller, Wake Technical Community College
Reuse: This item is offered under a Creative Commons Attribution-NonCommercial-ShareAlike license http://creativecommons.org/licenses/by-nc-sa/3.0/ You may reuse this item for non-commercial purposes as long as you provide attribution and offer any derivative works under a similar license.
Gretchen Miller, P.G., is a Professor of Geology in the Physical Sciences Department at Wake Tech Community College in Raleigh, North Carolina. She teaches introductory geology (both seated and online) and environmental geology. Prior to teaching, she worked as a hydrogeologist for a private environmental consulting firm in Raleigh, and utilizes her professional connections to support students interested in geoscience careers. Gretchen holds a Bachelor's degree in Geological Sciences from the State University of New York at Buffalo, and a Master's degree in Earth and Planetary Sciences from Washington University in St. Louis. She is a Change Agent with the SAGE 2YC project, and has served as an Executive Counselor (2013-2015) and Executive Secretary (2016-2019) for the International Association for Geoscience Diversity (IAGD). 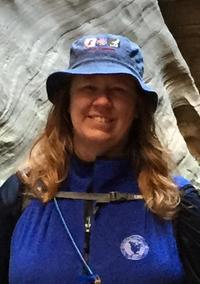 Provenance: Bridget James, San Francisco State University
Reuse: This item is offered under a Creative Commons Attribution-NonCommercial-ShareAlike license http://creativecommons.org/licenses/by-nc-sa/3.0/ You may reuse this item for non-commercial purposes as long as you provide attribution and offer any derivative works under a similar license.
Bridget James, M.S., is a full-time Senior Lecturer for the Department of Earth & Climate Sciences at San Francisco State University, teaching lower and upper division GE courses in Geology. In addition, she also teaches Geology, Oceanography and Meteorology courses part-time at De Anza College and for the San Mateo Community College District in the San Francisco Bay Area. She has been an educator for the past 20 years, with the last 10 of those years including fully online courses. Her research background is in structural geology and tectonics, where she has analyzed stress and strain relationships to better understand the geologic history of the San Andreas fault in southeastern California. She is currently a Northern California SAGE 2YC Change Agent, working to broaden participation and support 2YC geoscience students and faculty within the San Francisco Bay Area. As a part of this work, she is developing a website that will help facilitate these goals. She is looking forward to the opportunity to serve as an officer of the NAGT 2YC division.