It is time to vote for Geo2YC: Two-Year College Division of NAGT. The ballot includes President, Vice President, Newsletter Editor, and Archivist. Voting begins on May 30 and ends on July 1, 2017. 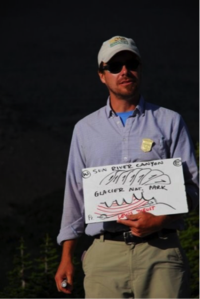 Hide
Since starting at NOVA in 2006, Callan has given more than 200 public talks at venues across the Washington DC region and at professional meetings around the country. In addition to publishing in the professional scientific literature, is a contributing editor for EARTH magazine. He has served as newsletter editor for Geo2YC, the two-year-college division of the National Association of Geoscience Teachers (3 years) and the Eastern Section of NAGT (2 years and counting), and in several official roles for the Geological Society of Washington, including Councilor, Meeting Secretary, Executive Secretary, Vice President, and now President. In addition to writing his popular geology blog Mountain Beltway, Callan was a contributor to five geology and Earth science textbooks published by Pearson and is under contract to write another as lead author. He has become known as an innovator in digital geology, in particular for the use of GigaPan images and 3D models of outcrops and samples, a technique that allows "virtual field experiences" for distance learners and students with disabilities. The National Science Foundation has supported this work for several years.

Callan was a 2010 Fellow of the Fine Outreach for Science initiative. He won the Golden Apple award in 2007. The Virginia Community College System named Callan as the recipient of the 2012 Chancellor's Award for Teaching Excellence. NOVA honored him with the Presidential Sabbatical Award in 2013. He received the Biggs Award for Geoscience Teaching Excellence from the Geoscience Education Division of the Geological Society of America in 2014. The State Council of Higher Education for Virginia recognized Callan with the Outstanding Faculty Award in 2015. During the 2015-2017 academic years, Callan served as the Chancellor's Commonwealth Professor of Geology. He was named a Fellow of the Geological Society of America in 2017. He has also taught for George Washington University (Environmental Geology), George Mason University (Structural Geology), and Montana State University (Geology of Glacier National Park). He lives with his wife Lily and their son Baxter in the Fort Valley of Virginia. 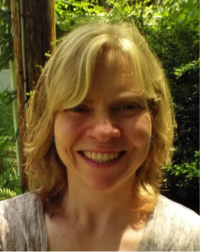 ×
Joy Branlund has been teaching geology at Southwestern Illinois College since 2001, where she has recently taken over as chair of the Physical Science Department. She is co-PI on the college's NSF-funded S-STEM program. She has been a member of NAGT's Geo2yc section since its inception, and participated in several 2yc activities especially as part of the Illinois Association of Geoscience Instructors. Joy was co-author of InTeGrate's Introductory Geoscience Module, Humans' Dependence on Earth's Mineral Resources. 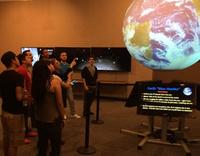 ×
Sherry Oaks is an experienced faculty and author published in major academic journals including EOS, Earthquake Spectra, Bulletin of the Seismological Society of America, IEEE, Geomorphology, Mountain Research and Development, Climate Change, Earthquake Spectra and 2 academic books as well as U.S.G.S. Professional Papers. Sherry was a full time professor until she was struck with Multiple Sclerosis, which sidelined her full time career. Sherry remains active in teaching as an adjunct faculty. Sherry received the Outstanding Adjunct Faculty Geo2YC NAGT teaching award in Winter of 2017.

She also remains involved in science and science policy as well as science education. Sherry is a contract editor for journals and a writer/editor for college Earth, Atmospheric and Space Science textbooks.

Hide
Sherry serves as a SME and consultant for science curricula development and evaluation for Pearson education and other private companies. Her government service has included the USGS, Department of Energy, Department of Homeland Security, USFS, UCAR, and U.S. House of Representatives Science Committee as a AAAS/AGU Congressional Science and Engineering Fellow. Prior to her M.S. disability, Sherry also served as a consultant and committee member at the National Academy of Science, the OAS and the World Bank as well as the Applied Technology Council on natural and technological hazards. Her three competitively selected postdoc appointments were Earth System Science Fellow at the Pennsylvania State University where she worked in Tokyo at the United Nations University on the Human Dimension of Climate Change; the Multidisciplinary Center for Earthquake Engineering Research at SUNY Buffalo where she worked on hazard risk and mitigation; and UCLA as the ISOP Fellow where she continued additional international field work on hazard, risk, and mitigation in coastal zones in the Caribbean, Central America, and South America.

Sherry brings her skill as an academic, government, and private sector interdisciplinary scientist, a published author, a long time faculty and mentor of undergraduates and postgraduates to her current roles in teaching and mentoring new teachers K-12, as well as students making the transition from 2YC to 4YC. 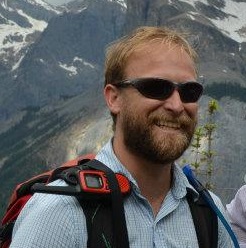 ×
Pete Berquist teaches geology at Thomas Nelson Community College in Williamsburg, Virginia. He has been on the 2YC scene since 2007 and involved as a SAGE Change Agent, Integrate module author, SERC Traveling Workshop Program facilitator, and contributor to the In The Trenches publication. Pete is a champion for getting students out in the field, supporting adjunct instructors, and sharing best practices with fellow instructors to ensure student success in our classes and programs.